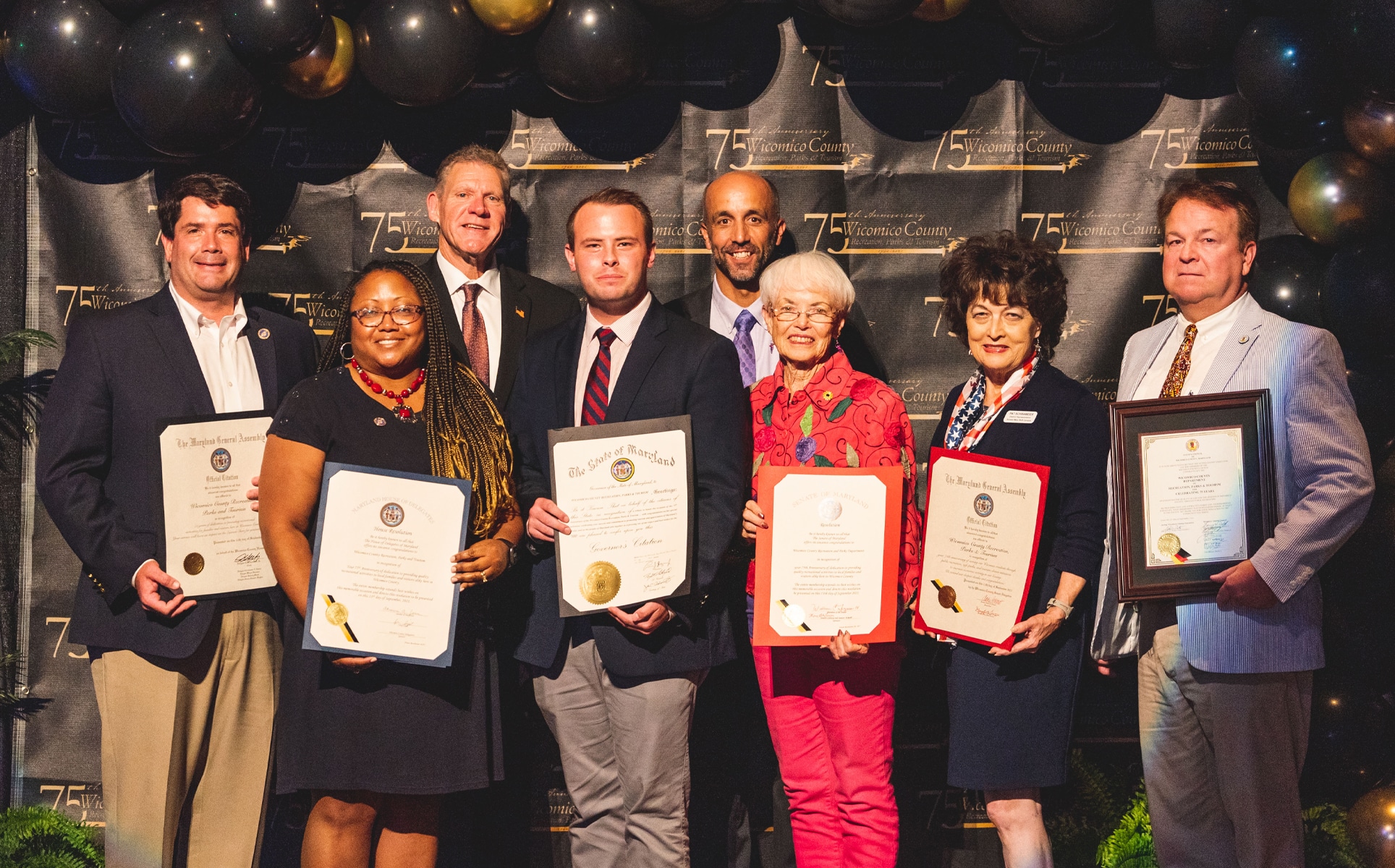 The County honored this milestone with an anniversary celebration dinner at the Wicomico Civic Center in Salisbury, Maryland. The event was attended by staff, volunteers, community members, and elected officials.

“The 75th anniversary is a significant milestone we are delighted to commemorate,” said Acting Wicomico County Executive John Psota. “We are proud of the Recreation & Parks Department, the work it does, and the people who have made it happen along the way.”

A documentary-style short film chronicling the history of the department was premiered during the event. Filmed in the spring, the documentary features stories from people involved with the department’s evolution.

McKinley Hayward and Ross Ritter were presented with 50 Year Service Awards for their unwavering commitment to the department.

Citations were presented to the department by representatives from Governor Larry Hogan’s office, the Maryland Senate, the Maryland House of Delegates, and the Wicomico County Council.