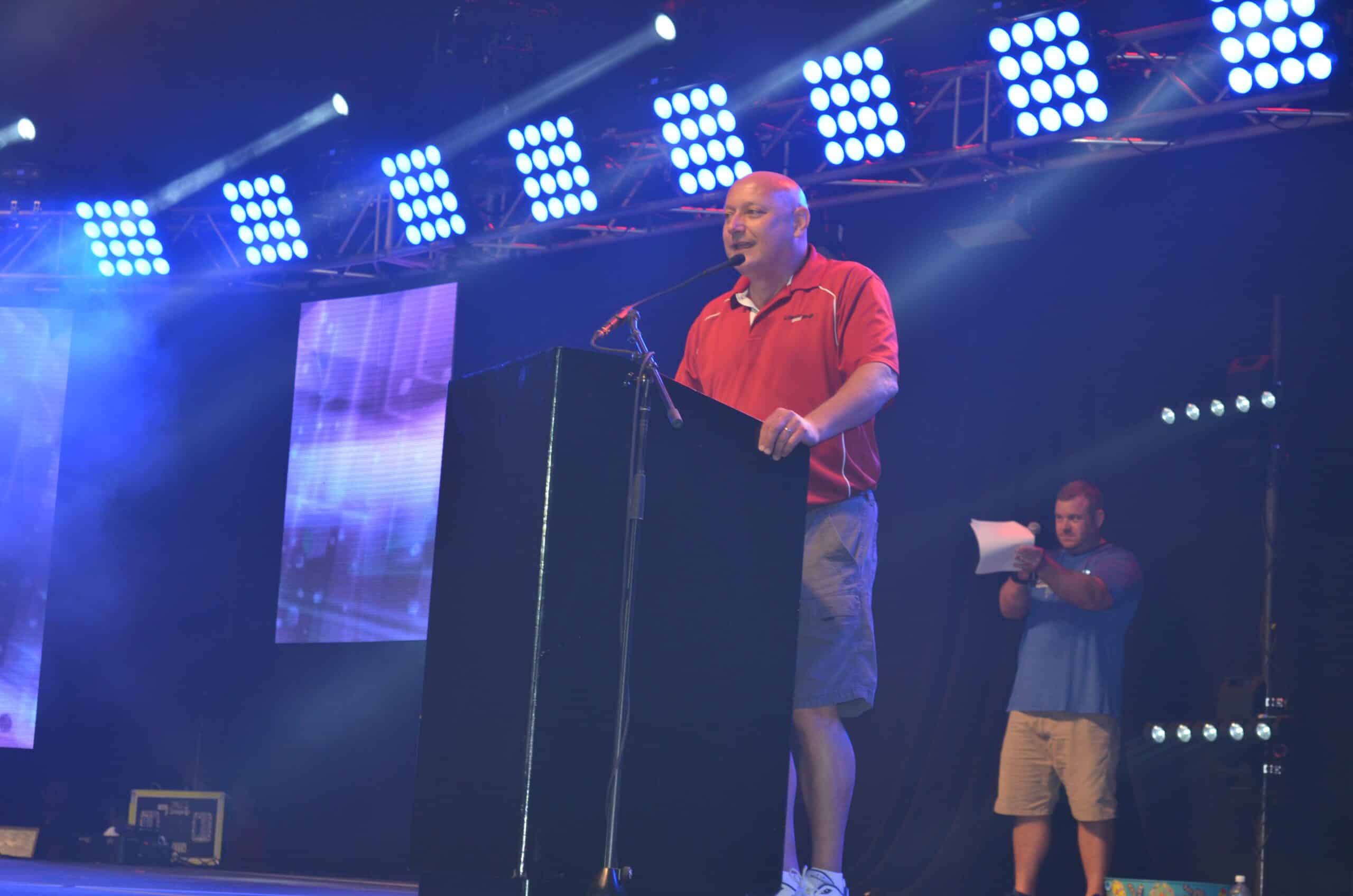 SALISBURY, Md. – After more than 40 years working with softball organizations, including about two decades hosting tournaments on the Lower Eastern Shore, Bill Dowell plans to retire this year.

The USSSA Eastern National Championships has grown from 58 teams in 2007 to about 350 teams this year. Since 2007, the tournaments have contributed an estimated $185.3 million to the local economy.

The County looks forward to hosting the USSSA Eastern National Championships for years to come under the USSSA East leadership of Andy Wisk. Wisk serves as operations manager for USSSA East and previously worked for Wicomico County Recreation, Parks & Tourism.

Dowell, who is USSSA’s state director for Maryland and Delaware and previously served as USSSA’s vice president of fastpitch, had hosted weekend tournaments in Wicomico County prior to the national tournament. He decided to bring the USSSA Eastern National Championships to the area after connecting with Wisk, who worked for Wicomico County at the time.

The tournament included several unique assets, such as an opening ceremony at Arthur W. Perdue Stadium, a recap video and program books.

“It was a real energizer for all of us,” he said.

The tournaments didn’t come without challenges. Dowell looked back on one year when there was a lot of rain.

“That’s when I really thought, ‘OK, our team hasn’t been tested like this before,’” Dowell said. “And we did it and we pulled it off.”

Later that year, he expressed his gratitude to everyone involved via email.

“It was a culmination of really all the hard work,” he said. “That illustrated how strong the partnership was.”

And it’s a unique partnership, too.

“We should be envied,” Dowell said. “Because I don’t think there’s any partnership like ours anywhere in the country, and I’ll go so far as to say anywhere in any sport.”

Another memory that stands out for Dowell is suggesting a second week for the tournament, which was held for one week each summer from 2007-2011.

“I also remember the look on the tourism folks’ faces when I said, ‘Hey, I think we might need to expand this from a week to two weeks,’” he said.

The tournament spanned two weeks in 2012, and the following year, the tournament was expanded to three weeks.

Although Dowell still plans to work for the company as needed, something he’ll miss is that feeling of closure at the end of each week and after each managers’ meeting, he said.

“You work all year on this, and we start right after this is done,” he said.

Dowell started working with the Amateur Softball Association, now USA Softball, in 1981, before he graduated college. He then worked with the National Softball Association starting in 1999 until he became associated with USSSA in fall 2006. He also spent 24 years simultaneously working as an actuary for an insurance company.

Dowell has done a lot for the sport over the past four decades.

“If I had a time machine and could take everybody back into what the sport was like in the state and the region, across the country, and fast-forward it to what it is now and these events like this, people would be blown away,” Dowell said. “Absolutely blown away.”

Dowell has made a list of people to connect with and things to do during his retirement.

Wisk, who is already USSSA’s National Fastpitch Committee chairman, will be taking the company over upon Dowell’s retirement Nov. 8. Dowell said he’s looking forward to Wisk being able to move the company forward and embrace new technology and industry changes.

“There’s nobody, anybody, anywhere in the country more qualified than Andy to take it over,” Dowell said.

The rest of the USSSA East staff will be staying with the company, too.

“Over the last 16 years of working side by side with Bill, both as a Wicomico County employee and now a member of Bill’s team, I know firsthand the strength of the team that Bill has put in place to execute the event,” Wisk said. “That team is going to utilize everything that we’ve learned from him over the years to continue to take the event forward and to new levels. We are extremely grateful for his leadership, vision and mentoring and look forward to many more years of championship softball on the Lower Shore.”