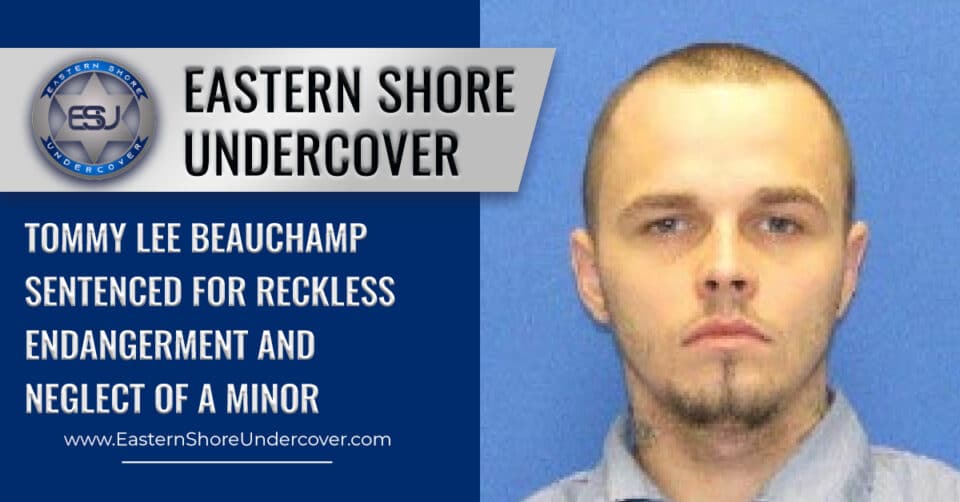 Worcester County, MD – On November 4, 2022, Tommy Lee Beauchamp, age 33, of Salisbury, Maryland, was sentenced to 5 years in the Division of Corrections for his conviction on the charges of reckless endangerment and neglect of a minor.

A jury found Beauchamp guilty after a Worcester County Circuit Court trial on October 20, 2022. The Honorable Judge Beau H. Oglesby presided over the case and imposed the maximum sentence.

The charges originated from an incident that occurred on July 3, 2021, when Pocomoke City first responders were dispatched to a call from the mother of a 15-month-old male toddler who was having difficulty breathing and turning blue in the face.

While transporting the child to the hospital, EMS personnel suspected an accidental drug overdose and effectively administered Narcan to the child, causing him to regain consciousness.

A full medical exam at Tidal Health in Salisbury, Maryland, showed that the child had heroin and alcohol in his system. The child was airlifted to Children’s National Hospital in Washington DC, where he was treated and survived.

The Worcester County Sheriff’s Office and Child Protective Services jointly investigated this matter and learned that Tommy Lee Beauchamp, the child’s father, had a history of drug use, and witnesses stated that he appeared to have been under the influence and using drugs when caring for the child on July 3, 2021, the same day of this incident.

Investigators also discovered that in April of 2021, Beauchamp had pleaded guilty to neglecting another 3-year-old child, who had also accidentally ingested opioids under similar circumstances.