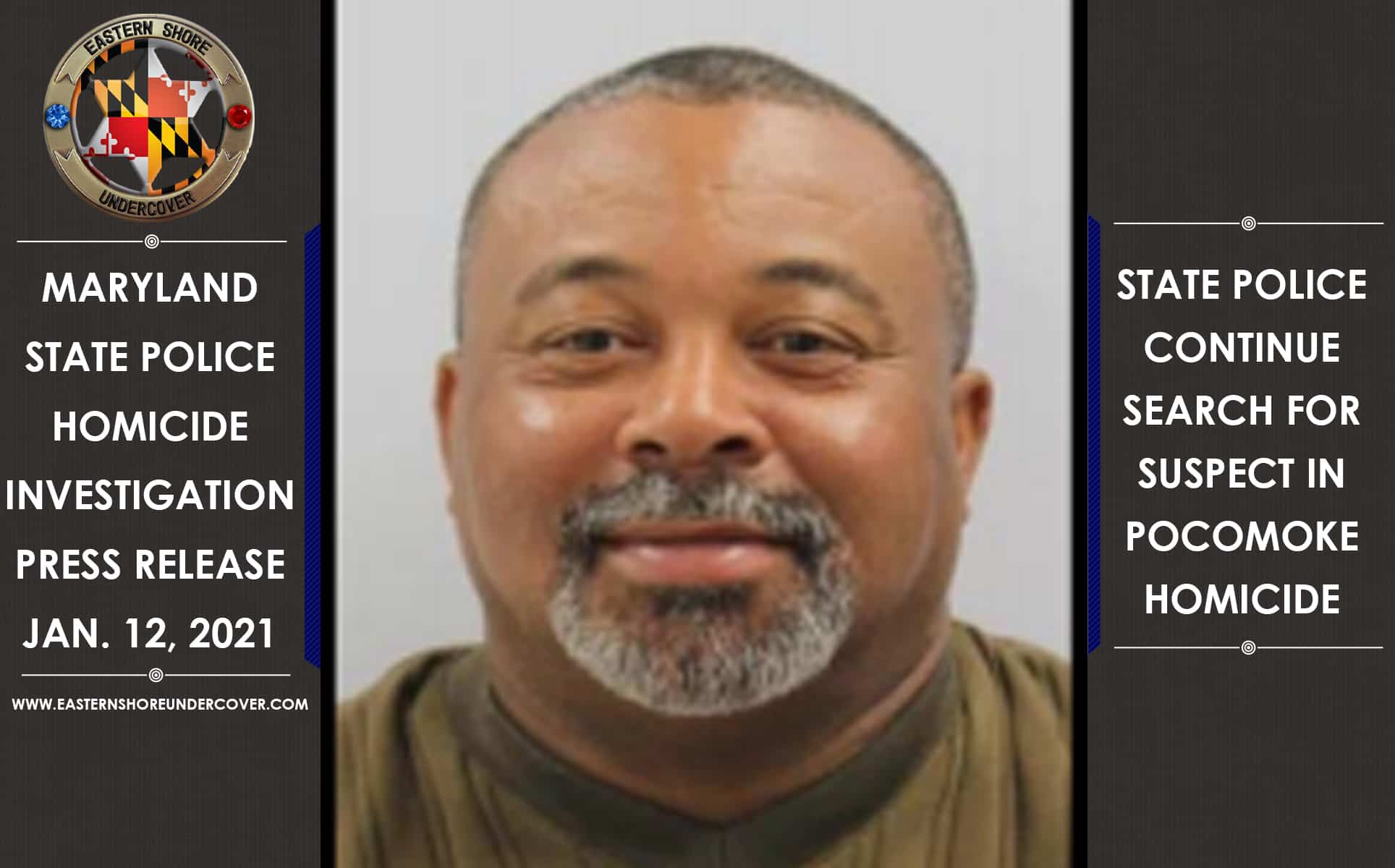 The deceased has been identified as Lesa Renee White, 48, of Atlantic, Virginia. Investigators discovered her the evening of Jan. 6 in a residence in the 1400 block of Snow Hill Lane in Pocomoke City, Maryland. Maryland State Police Homicide Unit investigators were asked to assume the investigation.

Family members reported White missing to the Pocomoke Police Department on Monday, Jan. 4, 2021. According to a preliminary investigation, she was last seen earlier that day in Pocomoke City, Maryland. The Office of the Chief Medical Examiner in Baltimore conducted an autopsy and ruled her death a homicide and the cause of death was a shooting.

Investigators are looking for William Edward Strand, 52, of Pocomoke City, Maryland, who has a warrant out for his arrest in a separate attempted murder case and is a suspect in this homicide investigation. He was last seen driving a 2014 Chevy Malibu, similar to the one in the attached photo, with Maryland tag No. 5DP3127.

Investigators believe Strand may still be in Pocomoke City, Maryland or in eastern Virginia, possibly in Accomack County. In addition, investigators warn Strand could be hiding in nearby woods, sheds, barns, chicken coops and other out buildings.

Anyone with information on this case is asked to contact Maryland State Police at 202-510-2847. The case remains under investigation