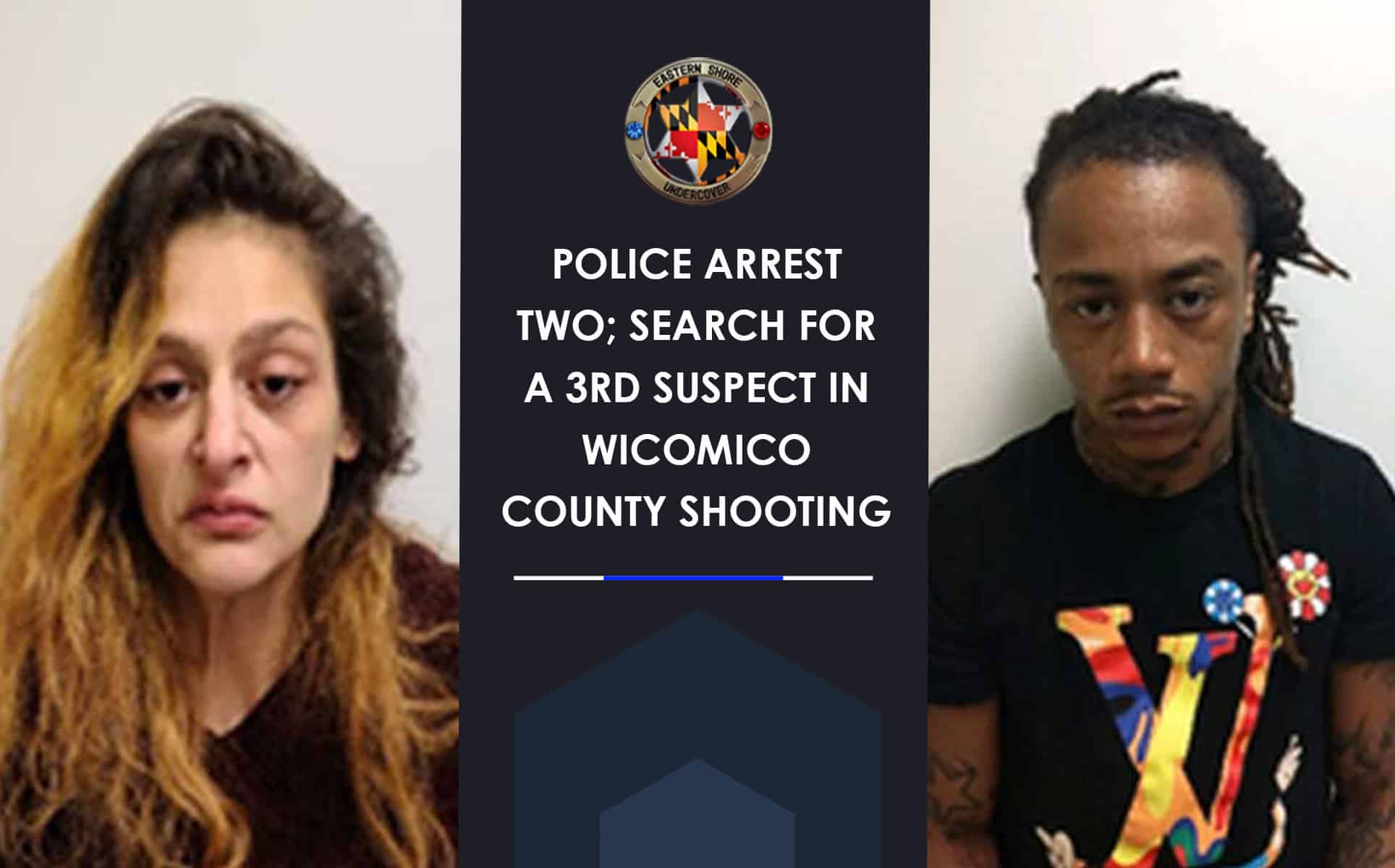 The Maryland State Police are actively searching for a third suspect, who they believe was involved in a shooting that occurred in Wicomico County yesterday morning.

The deceased victim has been identified as Gerald Nash, 28, of Caroline County, Maryland.  Mr. Nash was transported from the scene to Tidal Health Peninsula General, where he was later pronounced deceased.  An autopsy is pending on Mr. Nash.

Police have arrested two of the three suspects and have identified them as Leslie Teo, 25, and Drequan Savage, 27, both of Salisbury, Maryland.  They were arrested last night by Maryland State Police and Officers from the Salisbury City Police Department without incident.

Yesterday, Maryland State Police Homicide Unit investigators were contacted by the Salisbury City Police Department and requested to investigate a shooting.  The preliminary investigation indicated that shortly after 10:30 a.m., officers from the Salisbury City Police Department were called to the 600 block of Hill Street in Salisbury for the shooting.  Upon arrival, they located the victim, later identified as Nash, with an apparent gunshot wound.

EMS personnel responded and the victim was transported to Tidal Health Peninsula General.  He underwent treatment there until he was pronounced deceased.  An autopsy is pending at the Office of the Chief Medical Examiner in Baltimore.

Police believe Teo and Savage were assisted by one additional unknown suspect.  The initial investigation indicates they conspired to rob the victim of property Savage believed to be recently stolen by the victim.

A search is currently underway for a third suspect.  Anyone who has information relating to the murder or has information about the third suspect is urged to contact Crime Solvers of the Eastern Shore, 410-548-1776 or Maryland State Police at 410-749-3101 or Salisbury City Police Department at 410-548-3165.  Calls may remain confidential.