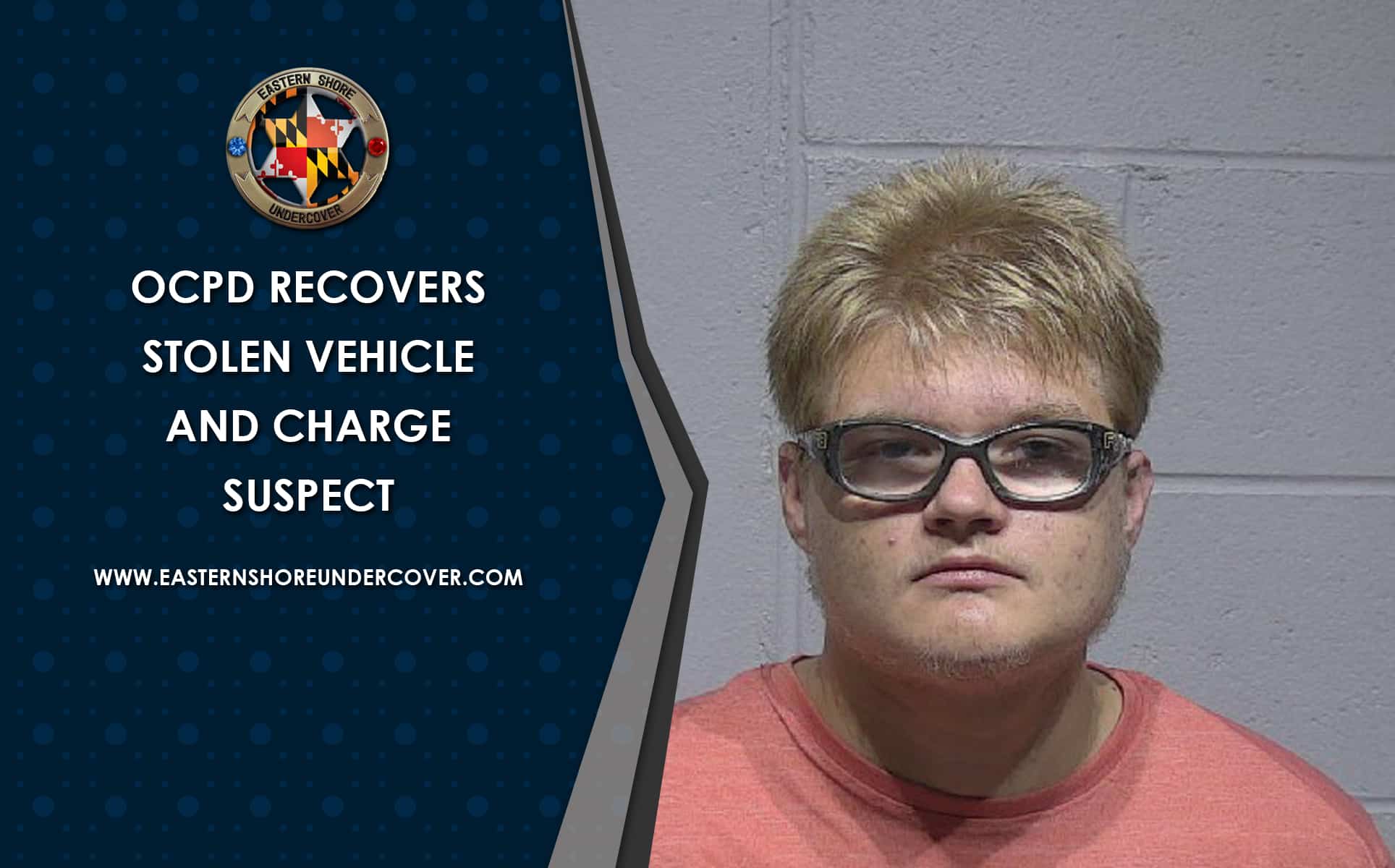 The Ocean City Police Department have made an arrest on Monday Morning in reference to a recovered stolen vehicle from Cecil County, Maryland.

On Monday, July 12, 2021, at approximately 5:58 a.m., Ocean City Police were on patrol in the area of South 1st Street and Baltimore Ave in Ocean City, MD when they located two individuals sleeping in a vehicle.

Officers observed the individuals sleeping in the vehicle in a parking lot of a downtown business. During the check on the welfare call, officers conducted a wanted and registration check on the vehicle through Ocean City Police Communications.

Communications informed officers that the vehicle was reported stolen out of Cecil County, Maryland. Due to the proactive nature of our patrol members, the following arrest was made:

We want to remind citizens that if they see something suspicious, or have concerns about possible criminal activity occurring in Ocean City, reach out to us. We encourage you to call our Tip Line at 410-520-5136, email us at crimetips@oceancitymd.gov or contact the Police Department directly at 410-723-6610.