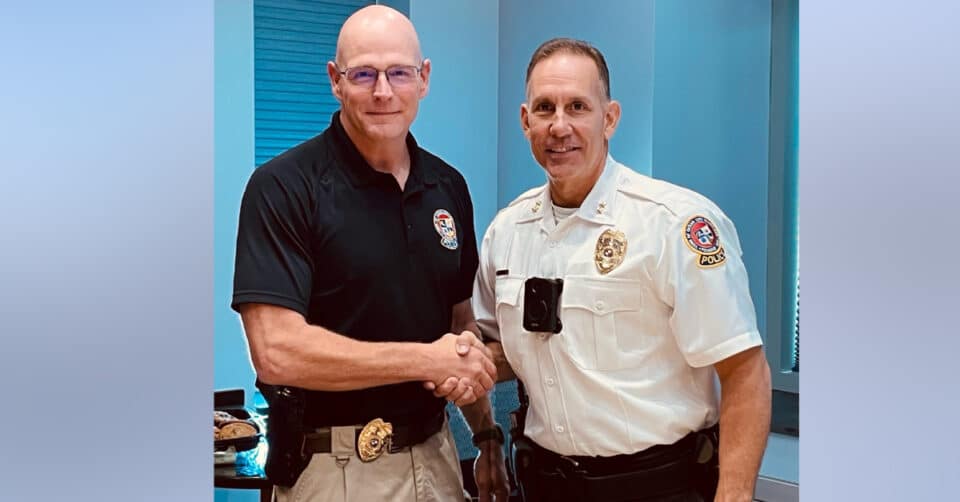 Ocean City, Maryland – After 25 years of dedicated service to the citizens of Ocean City, Lieutenant Greg DeGiovanni retired from the Ocean City Police Department (OCPD) on October 31, 2022. Lt. DeGiovanni began his career with the OCPD as a full-time police officer in the spring of 2000.

Lt. DeGiovanni was assigned to Patrol Division as the Day Shift Watch Commander. In addition to overseeing the day shift patrol officers, he was in charge of the Traffic Safety Unit, Field Training Officer Program, Noise Unit, Animal Control, and the Trespass Enforcement Authorization Program (T.E.A.P.).

Lieutenant Greg DeGiovanni received a tremendous amount of training throughout his career. Most notably, in 2018, he graduated from the 274th Session of the Federal Bureau of Investigation (FBI) National Academy, an elite law enforcement leadership academy. Lt. DeGiovanni has helped train his colleagues over the years as a firearms, defensive tactics, and active shooter instructor.

“In the nine years that I have worked with Lt. DeGiovanni, he has proven time and time again that he is a pivotal member of our Command Staff and our agency as a whole. The community and Town of Ocean City have greatly benefitted from his dedication and professionalism,” commented Chief Ross Buzzuro. “We thank him for his service and wish him the very best in all future endeavors.”

After his retirement, Lt. DeGiovanni will continue working within the law enforcement field as a civilian with the Worcester County Sheriff’s Office. He is looking forward to spending more time with his wife, children, parents, and siblings. While also enjoying a few hobbies, such as hunting, fishing, and golfing on a regular.

“Thank you for all the years of support and appreciation. Prayers moving forward in the challenging times. As the town grows, so do the challenges to all city departments. The employees, administrators, and politicians that I have had the pleasure of working with and for will certainly meet those challenges and continue to keep Ocean City one of the safest places to live and work”, commented Lieutenant Greg DeGiovanni.