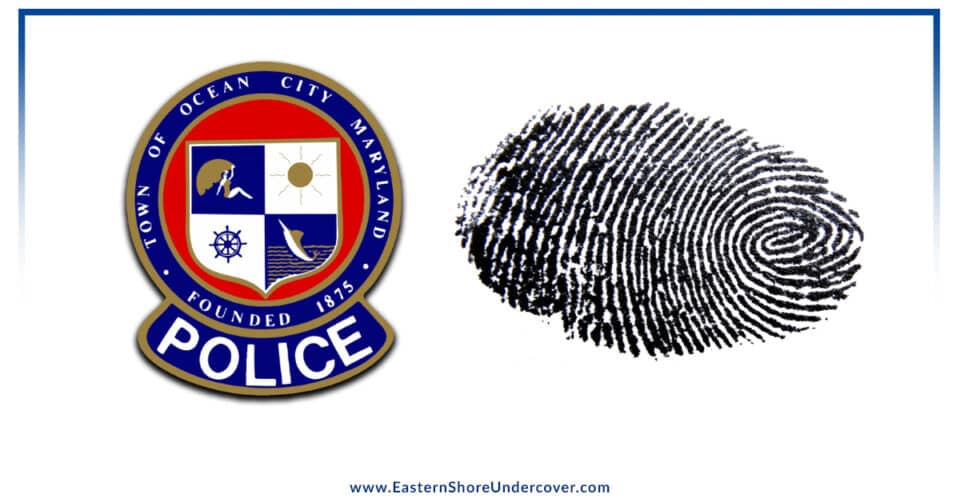 During the morning hours of June 11, 2022, the OCPD investigated twenty-one (21) theft from motor vehicle complaints. The complaints occurred in the area of 26th Street to 28th Street on the bayside of Ocean City. Throughout the course of the investigations, the Ocean City Police determined that twenty-two (22) unlocked vehicles were entered. Some vehicles had items stolen from them, while other vehicles were just rummaged through.

The “known” fingerprints identified Leon Spry Jr and Josiah Bolden as suspects. Spry and Bolden matched the features and characteristics of the suspects seen on the video surveillance pulling on door handles of vehicles on June 11, 2022.

Through the coordinated efforts of the Patrol Division, Criminal Investigation Division, and Forensic Services Unit, the following two individuals have been charged in this case:

The Ocean City Police Department would like to encourage anyone to contact us if they believe their vehicle has been broken into, even if they left their vehicle unlocked. Sometimes people do not report the break-in because they may believe they are at fault. By contacting the Ocean City Police Department, we can get an accurate account of incidents occurring in Ocean City and if possible, recover the stolen property.

The Ocean City Police Department is prepared and proactively handling criminal violations and citizen complaints of illegal activity to ensure the safety of our residents and visitors. We want to remind citizens that if they see something suspicious, or have concerns about possible criminal activity occurring in Ocean City, reach out to us. We encourage you to call our Tip Line at 410-520-5136, email us at crimetips@oceancitymd.gov or contact the Police Department directly at 410-723-6610.