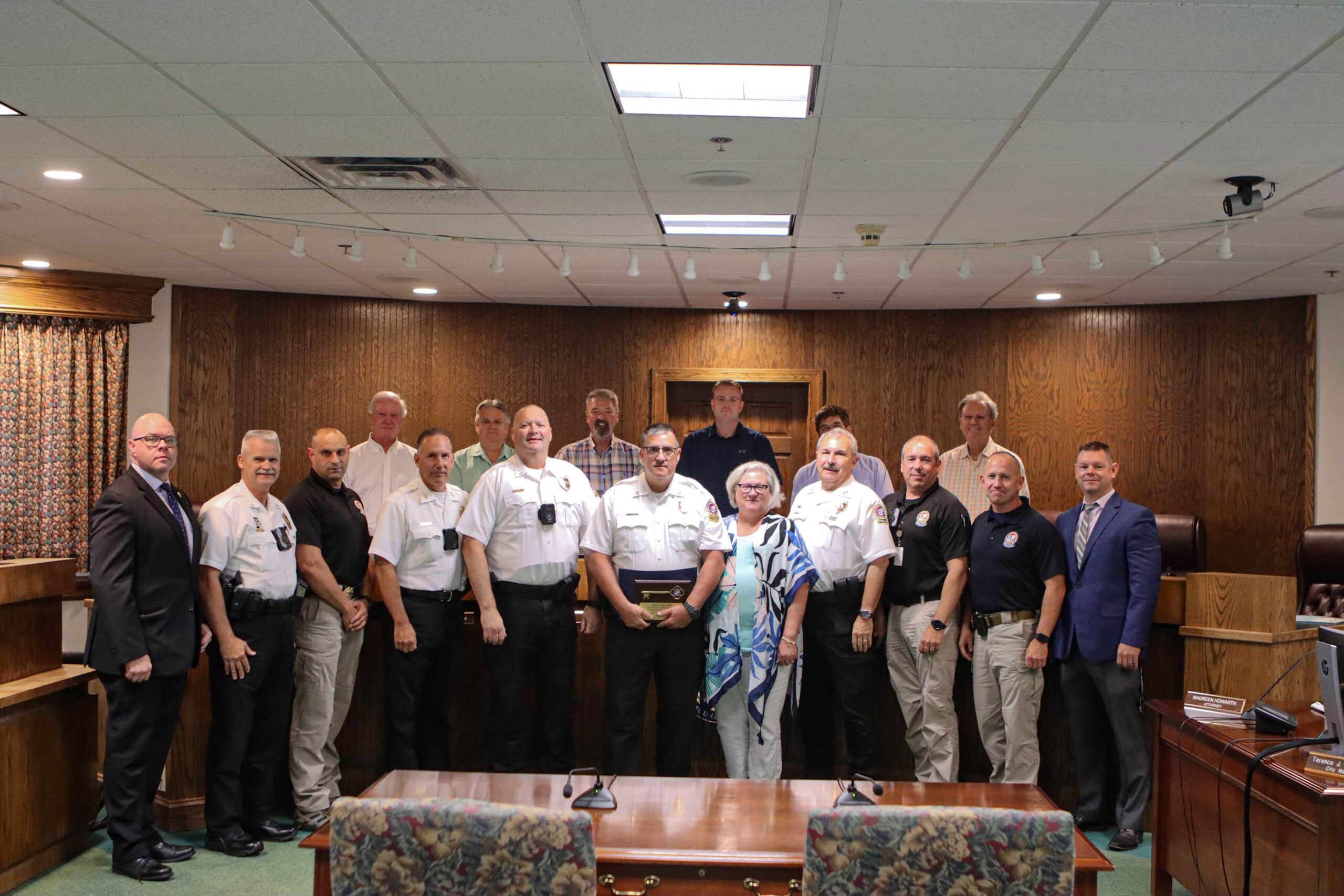 Since then, he has served the department in several capacities, including Patrol Sergeant, Acting Patrol Lieutenant, Assistant Commander for the Support Services Division Services Management Section, Special Projects and Community Services Lieutenant, Assistant Commander for the Criminal Investigation Division, and most recently the Captain of the Patrol Division. Captain Harmon has also served as the Defensive Tactics Unit Coordinator, departmental armorer, and a 20-year veteran of the OCPD’s Quick Response Team.

Captain Harmon has had thousands of hours of law enforcement training. Most notably, he is a graduate of the Northwestern University Center for Public Safety Executive Management Program. During his career, Captain Harmon has earned several awards from his superiors and the Ocean City community for his accomplishments and dedication to public service.

“For more than a quarter century, Captain Harmon has served the Ocean City community in an exemplary manner. His unwavering passion and commitment have greatly contributed to the progress and many advancements within the OCPD, as well as the vibrancy and thriving nature of our community,” commented Chief Ross Buzzuro. “We wish him all the best as he embarks on his next journey within his professional career.”

Even though he is retiring from the Ocean City Police Department, Captain Harmon will continue to dedicate his efforts and expertise to the Town of Ocean City as Deputy City Manager. Most important, Captain Harmon is looking forward to spending more time with his family.

Harmon will continue his passion for teaching as an adjunct professor for the Criminal Justice Program at Wor-Wic Community College as well.

“It has been an honor to serve the Town of Ocean City and its citizens as a member of the Ocean City Police Department. I am thankful for the opportunities that I have experienced and the trust that was afforded to me throughout my career”.