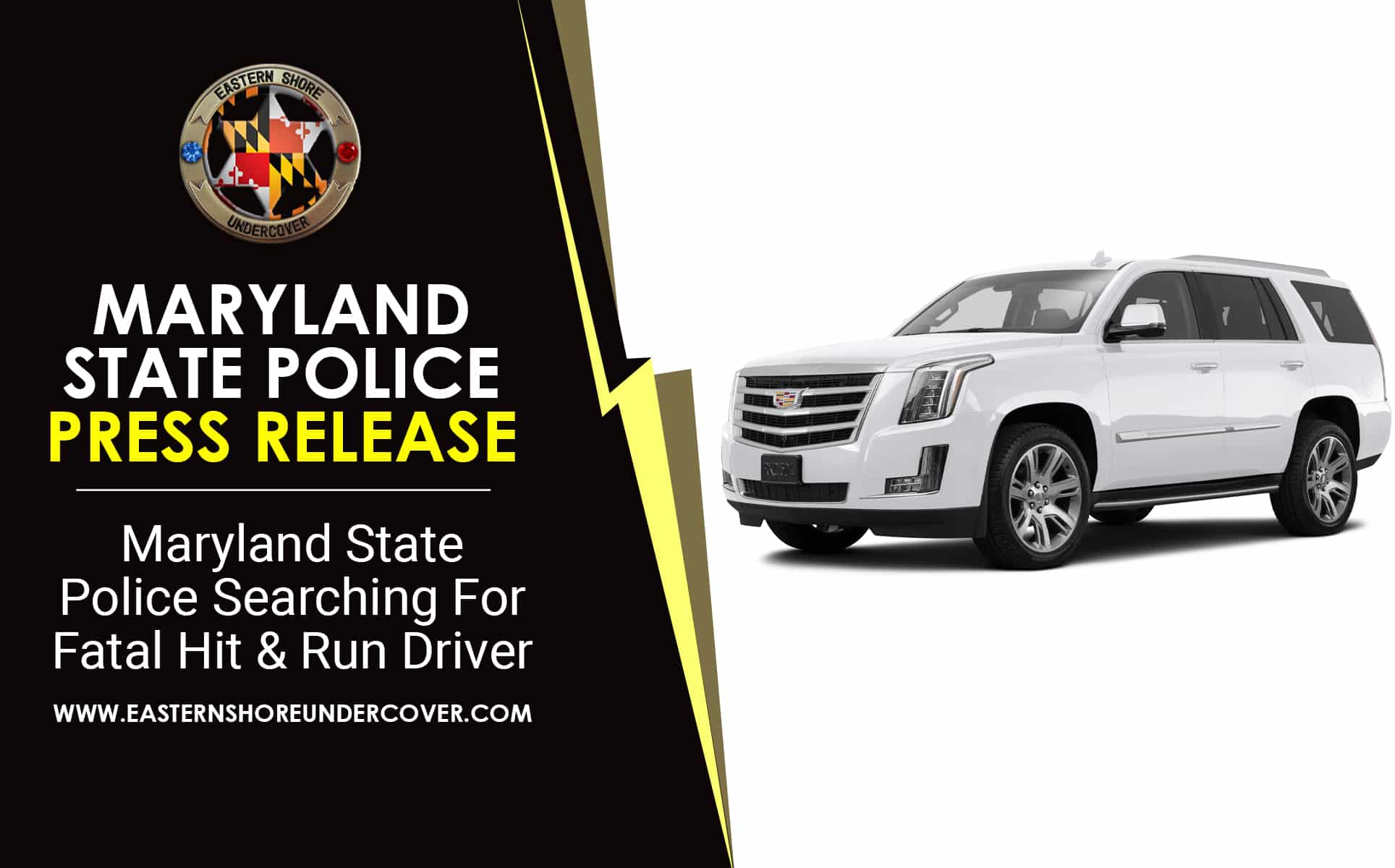 Maryland State Police are searching for the driver of a vehicle believed to be involved in a fatal hit and run crash late last night in Wicomico County.

The victim is a 14-year-old male from Salisbury, Md.  He was transported from the scene to TidalHealth Peninsula Regional, where he was pronounced deceased.

The vehicle believed to be involved in the hit and run is described as a white 2016 Cadillac Escalade, with a Delaware temporary tag.  A description of the driver is not known at this time.

At about 11:30 p.m. yesterday, Maryland State Police troopers from the Salibury Barrack responded to a home off Outten Road after the parents requested assistance with finding their son, who had gone for a walk earlier and was overdue.  Troopers were searching on foot in the area of the 800-block of Parker Road, when they heard a sound that drew their attention to the bypass nearby.

Upon responding to the southbound bypass, south of Center Road, troopers found the male victim lying unconscious on the shoulder of the roadway.  They rendered immediate emergency care and called for emergency medical services.

Evidence at the scene indicated the victim had been struck by a vehicle.  Troopers used parts at the scene to develop information that the Cadillac Escalade was involved.

Troopers conducted a search of the area for the suspect vehicle.  Just before 3:30 a.m. today, troopers located the suspect vehicle in a hotel parking lot in the 3000-block of Merritt Mill Road.  No one was around the vehicle and no one connected with the vehicle has been located at this time.  The vehicle was stored by Maryland State Police and will be processed for evidence pursuant to a search warrant.

Anyone with information about this fatal hit & run is urged to contact Maryland State Police at the Salisbury Barrack immediately at 410-749-3101.  Callers may remain anonymous.

The investigation is continuing.