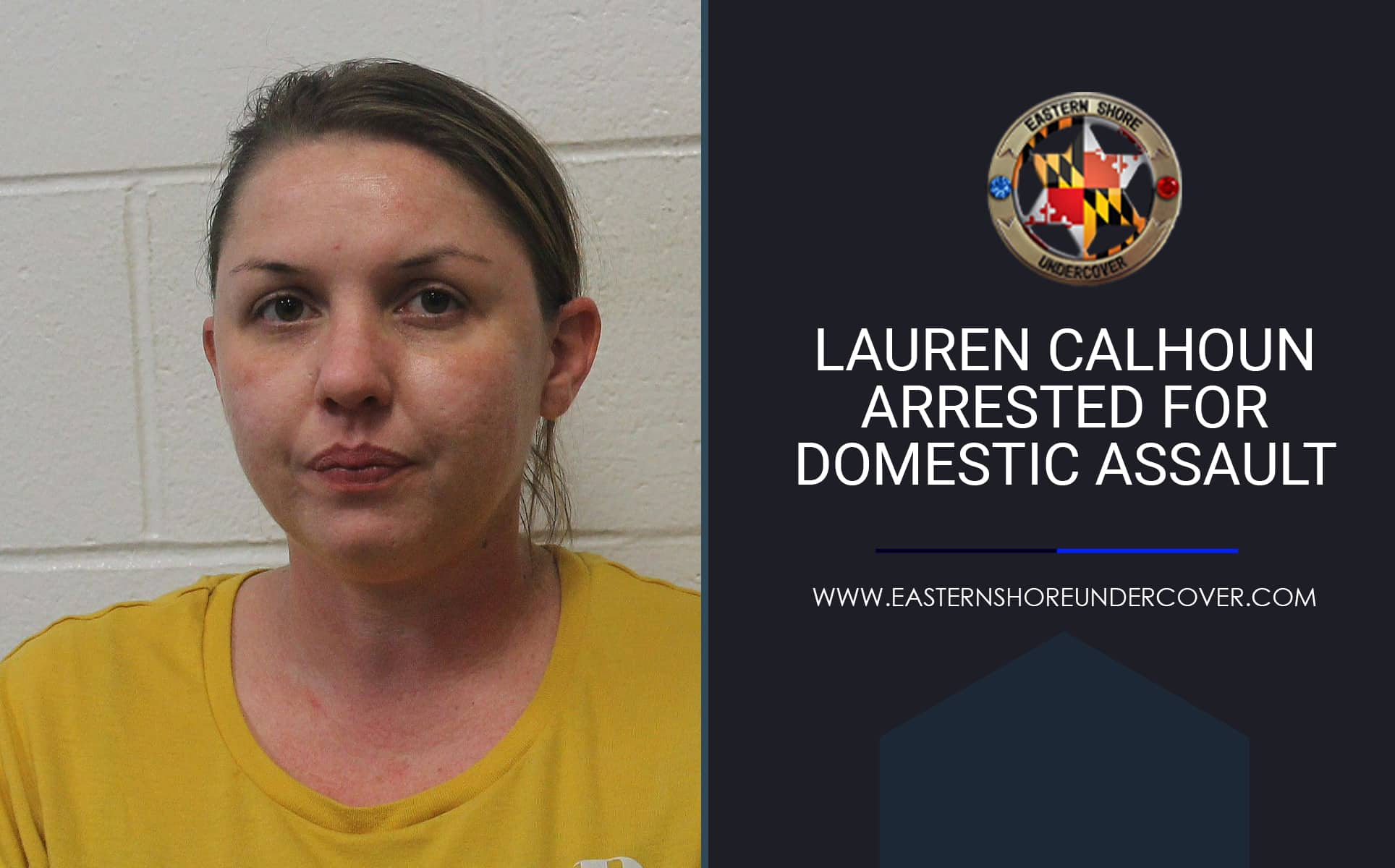 Salisbury, MD – On the evening hours of Wednesday, July 28, 2021, Deputies from the Wicomico County Sheriff’s Office were dispatched to a residence in the 4800 block of Snow Hill Road in Salisbury, Maryland for a report of a domestic disturbance involving Lauren Calhoun and her husband.

Sheriff Deputies arrived and conducted an an investigation into the domestic disturbance. As a result, the Deputies arrested Lauren Calhoun for domestic assault.

This incident was covered on Eastern Shore Undercover’s Social Media pages live as it took place. According to the radio transmission on the dispatch, the husband came home from work and his wife, who was identified as Lauren Calhoun, was extremely intoxicated.

The male party advised that Calhoun assaulted him and put her cigarette out on him.

Calhoun was arrested and charged with 2nd degree assault. Calhoun was taken to Central Booking to be seen by the District Court Commissioner.

Calhoun has an initial court date of September 13, 2021 at the District Court of Maryland in Wicomico County.