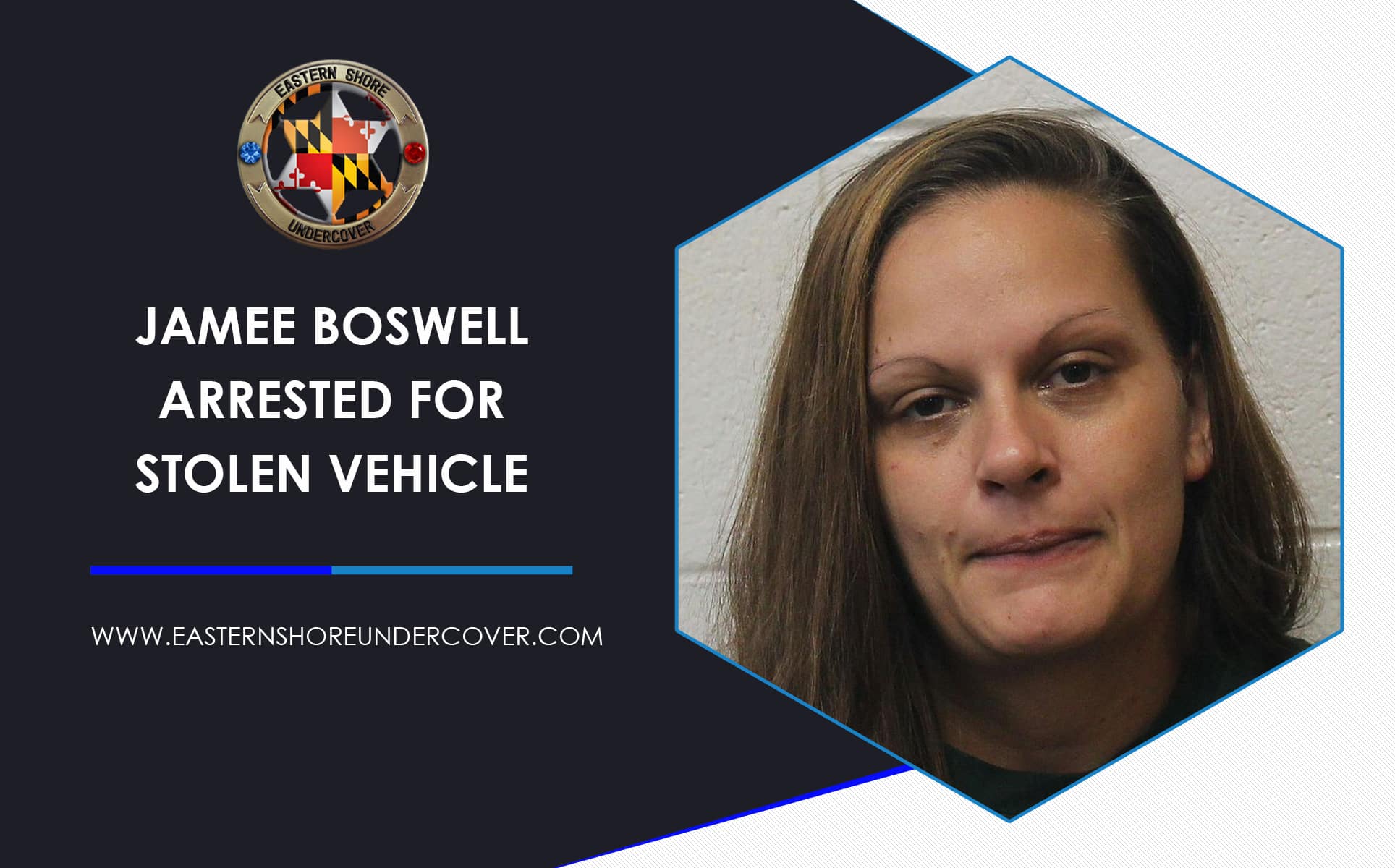 On July 9, 2021 at 3:52 AM, a Deputy from the Wicomico County Sheriff’s Department stopped a vehicle operated by Jamee Boswell of Hebron, Maryland after observing that Boswell was driving very slow and erratically on Ocean Gateway.

During the encounter, the Wicomico County Sheriff’s Deputy ran a vehicle registration check on the vehicle operated by Boswell and discovered that the vehicle that Boswell was operating had been reported stolen to the Georgetown, DE Police Department.

Jamee Boswell informed the deputy that she had swapped another individual $100 worth of crack cocaine for use of the vehicle.

The deputy also discovered that Boswell’s privilege to drive had been both suspended and revoked by the state of Maryland.

The deputy placed Boswell under arrest and transported her to the Sheriff’s Office for processing. Following an initial appearance in front of the District Court Commissioner, Boswell was released on a $10,000.00 unsecured bond.

That being said, she also had a warrant out of Delaware, which was a hold without bond warrant. Boswell will be extradited back to Delaware to face charges for her arrest warrant.