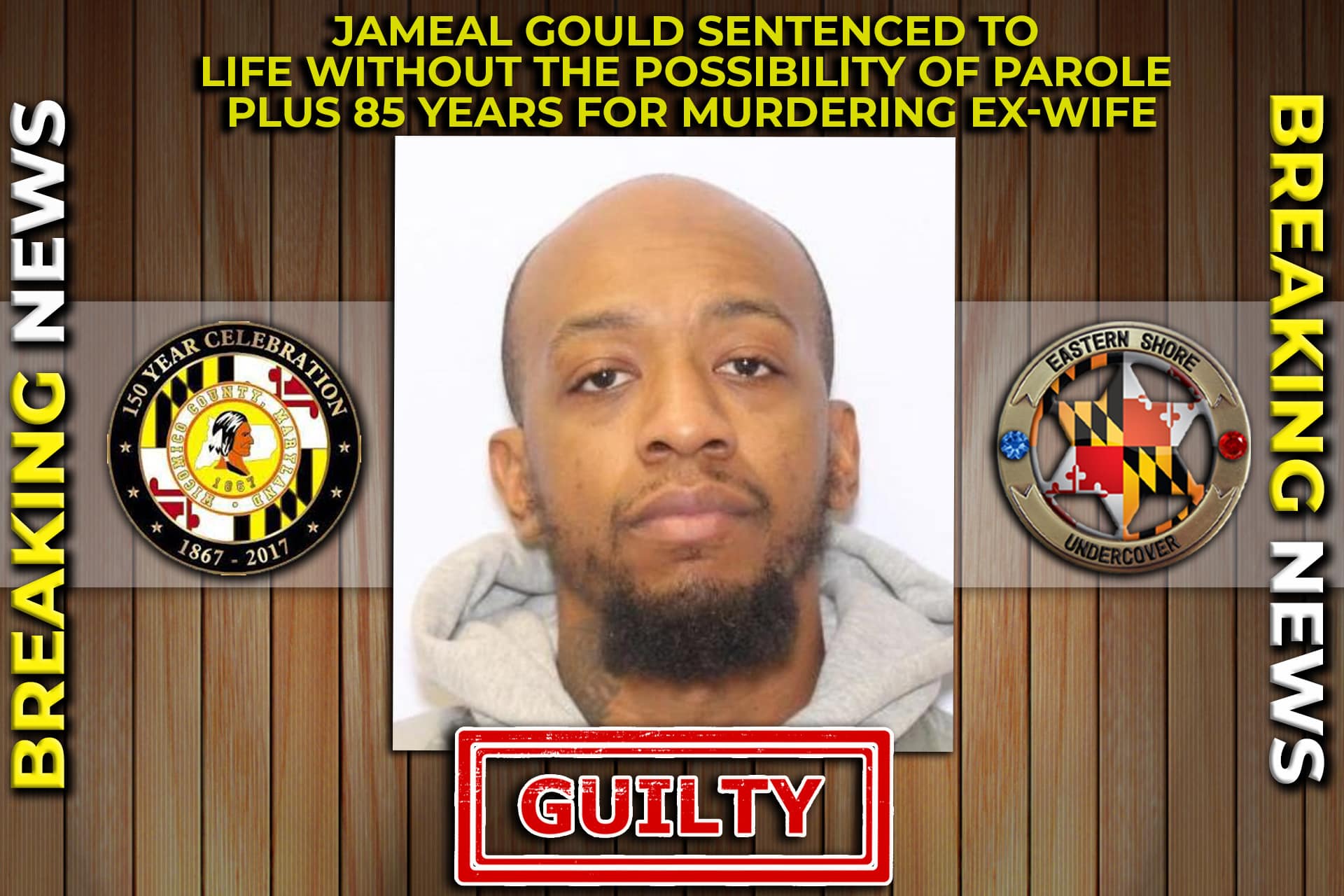 On November 19, 2020, Jameal Rashawn Gould, 37 years of age, of Mardela Springs, Maryland, was sentenced to the maximum sentence allowed by law, Life without the possibility of parole with an additional eighty-five (85) years to be served consecutive to his life sentence.

After a two-day jury trial in January 2020, presided over by the Honorable S. James Sarbanes, Administrative Judge of the Circuit Court, Gould was convicted of first and second degree murder, attempted second degree murder, first degree assault, two counts of use of a firearm in the commission of a crime of violence and illegal possession of a regulated firearm.

At the time of this crime, Gould was prohibited from possessing a handgun by virtue of his federal conviction for distribution of cocaine. Gould had been out of federal prison less than six months at the time of his murder of Erica Gould.

On April 1, 2018, Easter Sunday, Gould went to the home of his ex-wife, Erica Gould, and confronted her with a handgun. During the initial confrontation, Erica Gould’s sister, Rasheeda Collier, shielded Erica with her own body in order to prevent Gould from shooting Erica. Gould pointed the gun at Rasheeda and pulled the trigger, however the firearm jammed which afforded Erica an opportunity to run away.

Erica ran upstairs where her children had already locked themselves in their bedroom. Jameal Gould chased Erica, breaking down the locked door of Erica’s bedroom. Gould found Erica climbing out the window on the awning to the front porch. Gould fatally shot her from behind multiple times as she attempted to escape.

SA Dykes also thanked Deputy State’s Attorney’s Billy McDermott and former Assistant State’s Attorney Ajene Turnbull, who prosecuted this case. SA Dykes said, “There are no words and no sentence that any court can impose that will bring Erica Gould back to her children or restore Rasheeda Collier’s sense of safety”. She stated that “His actions are incomprehensible for most, even seasoned prosecutors — but I pray that the jury’s conviction and Judge Sarbanes’s sentence serve to begin the healing process for their families and this community”.