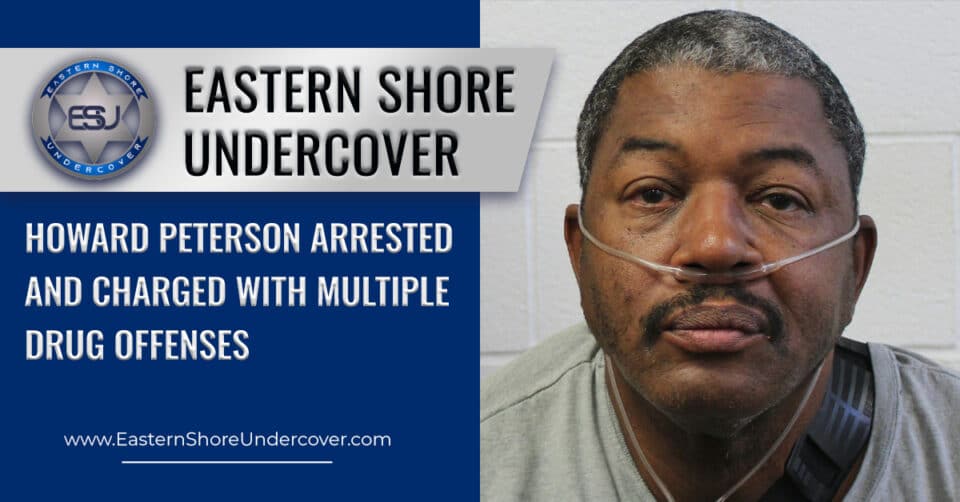 Salisbury, MD – The Wicomico County Sheriff’s Office Community Action Team recently conducted an investigation into Howard Peterson selling cocaine from his residence, which is located in the 800 block of East Road in Salisbury, Wicomico County, Maryland.

During the course of the investigation, information was obtained, and a search and seizure warrant was requested and signed by a District Court Judge for Peterson’s residence.

On October 20, 2022, law enforcement established surveillance, and Peterson was observed leaving the residence on East Road.<

A traffic stop was initiated on the vehicle Peterson was occupying, and a K-9 scan was conducted.

Peterson was found to be in possession of a small amount of crack cocaine, suboxone strips, multiple cellphones, and $955.00 in US Currency.

The search and seizure warrant was executed at the East Road residence at the same time the stop was taking place.

A search of the residence revealed 22.83 grams of cocaine, of which 3.18 grams was crack cocaine and 19.65 grams was powder cocaine.

Additionally, 45.79 grams of marijuana, 88 OxyContin pills that were packaged for sale, (2) digital scales, and packaging material were all located.

Howard Peterson had a preliminary hearing on November 17, 2022, and probable cause was found, and the case was forwarded to the Circuit Court of Maryland in Wicomico County. Peterson was ordered to be held without bond.