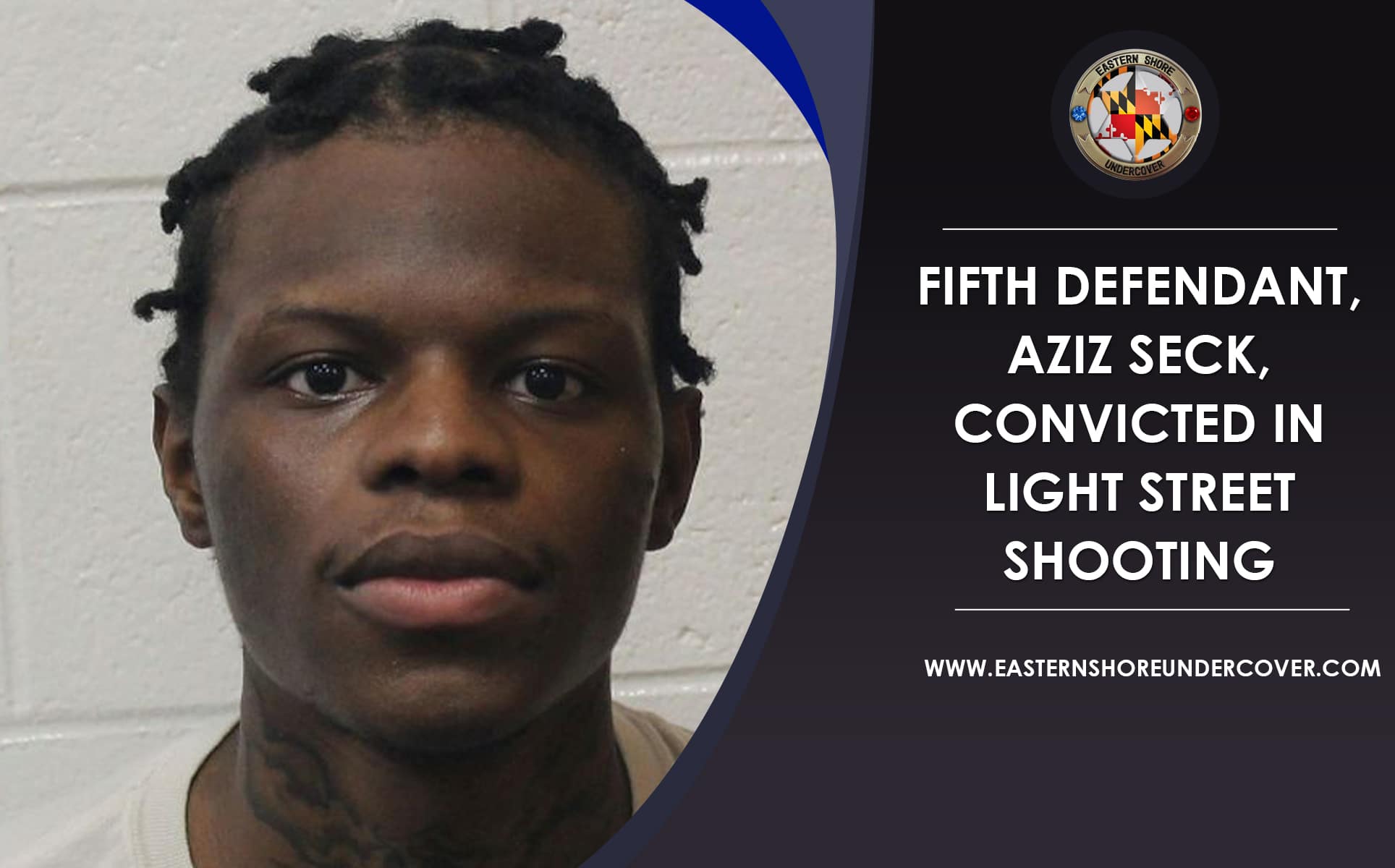 On June 29, 2021, after a two (2) day jury trial, Aziz Seck, 22 years old, of Salisbury, Maryland, was convicted of two (2) counts of Conspiracy to Commit Assault in the First Degree and one (1) count of Possession of a Shotgun by a Disqualified Person.

The Honorable D. William Simpson, Senior Judge of the First Judicial Circuit, presided over this case. Sentencing was postponed to allow for a pre-sentencing investigation to be completed.

On January 29, 2019, Aziz Seck and others fired multiple rounds from previously stolen firearms into a minivan occupied by two (2) adults and one (1) sixteen-month-old baby on Light Street in Salisbury, Maryland. Miraculously, all occupants of the vehicle survived the shooting.

At the time of this offense, Seck was prohibited from possessing a firearm due to a prior felony conviction. Aziz Seck is the fifth (5th) defendant convicted in relation to the crime spree which began on January 25, 2019, and culminated with the January 29, 2019 shooting on Light Street.