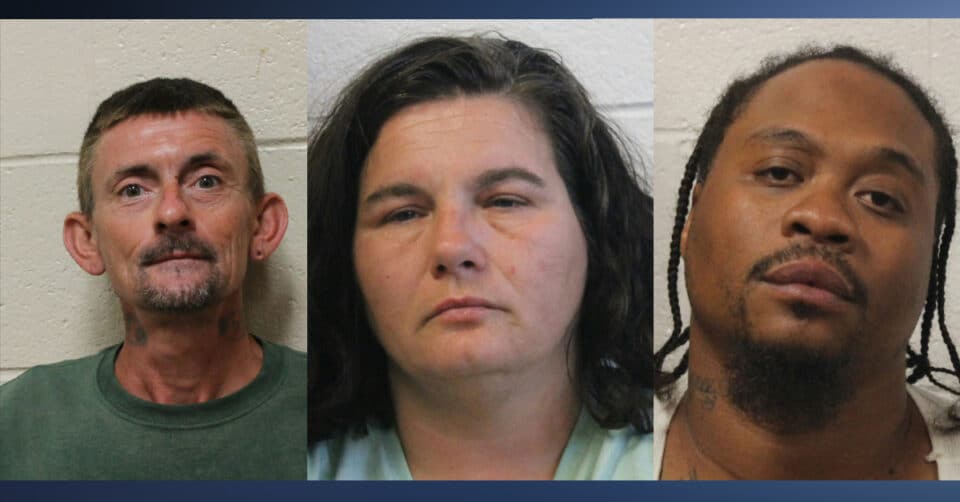 Salisbury, MD – Over the past few weeks, the Wicomico County Sheriff’s Office Community Action Team (CAT) began a Salisbury Drug Investigation, where controlled dangerous substances (CDS) were being sold from a residence located in the 300 block of Pine Way, Salisbury, Wicomico County, Maryland.

Initial investigative efforts revealed the residence was being rented by Brian Elliott and Victoria Ross, and underlining information suggested that they were allowing Alvin Thompson to sell controlled dangerous substances from the residence.

Further information revealed that a 14-year-old female juvenile was also possibly involved in the CDS activity.

With the information received and through their investigation, deputies established enough evidence for a search and seizure warrant to be authored and obtained for the residence.

On October 14, 2022, Victoria Ross and a 14-year-old juvenile were stopped on a traffic stop as they were leaving the residence. During the traffic stop, a K-9 scan was conducted on Ross’s vehicle, which resulted in a search of the vehicle and the recovery of a bag of cocaine.

Brian Elliott was located inside the residence, along with an elderly female and another juvenile. A search of the residence revealed approximately 3.80 grams of Fentanyl and 2.18 grams of cocaine packaged in multiple baggies for sale/distribution.

The majority of the CDS was located under a pillow lying on the bed of the 14-year-old female juvenile.

Additionally, the entire residence was littered with copious amounts of CDS paraphernalia indicative of CDS sales and usage.

It was determined through Salisbury Drug Investigation that Thompson was utilizing the 14-year-old juvenile female to assist with this CDS operation by storing and distributing the controlled substances.

It was further learned that Elliott and Ross were aware of the CDS operation taking place at the residence and permitted it to happen.

The Child Advocacy Center and the Department of Social Services were contacted and are assisting with this investigation.

A detective completed an application for charges on Ross, Elliott, and Thompson. The District Court Commissioner issued a criminal summons for all three subjects for the following charges:

Due to the District Court Commissioner only issuing a criminal summons, all three subjects were not physically arrested. The above-listed photos are all from prior arrests.

Thompson is currently wanted for a violation of probation. Anyone that has information on the whereabouts of Thompson, please contact the Sheriff’s Office at 410-548-4891 or Crime Solvers at 410-548-1776.

This is an active Salisbury Drug Investigation, and additional charges are pending against the subjects involved.