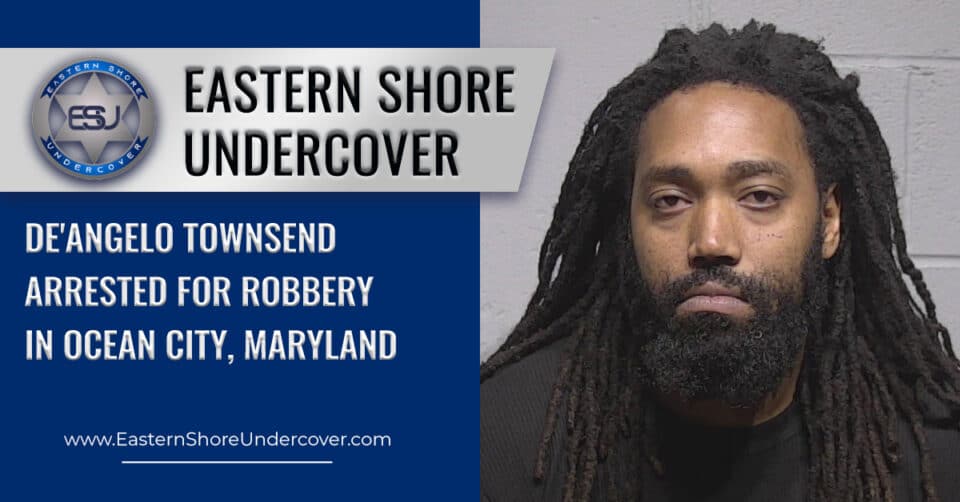 Townsend was taken into custody without incident by the Special Enforcement Unit and members of the Patrol Division. Townsend was charged with robbery, second-degree assault, theft of $100 to under $1,000, and theft of less than $100. Townsend was seen by a Maryland District Court Commissioner and held without bail. Townsend has been transferred to the Worcester County Jail, where he is currently being held pending trial.

The Ocean City Police Department would like to remind citizens that if they see something suspicious, or have concerns about possible criminal activity occurring in Ocean City, reach out to us. We encourage you to call our Tip Line at 410-520-5136, email us at crimetips@oceancitymd.gov or contact the Police Department directly at 410-723-6610.