Community Tip Leads To Arrest of Jeremy Osborne, who Struck 7-Year Old Boy with his Vehicle in Salisbury, MD 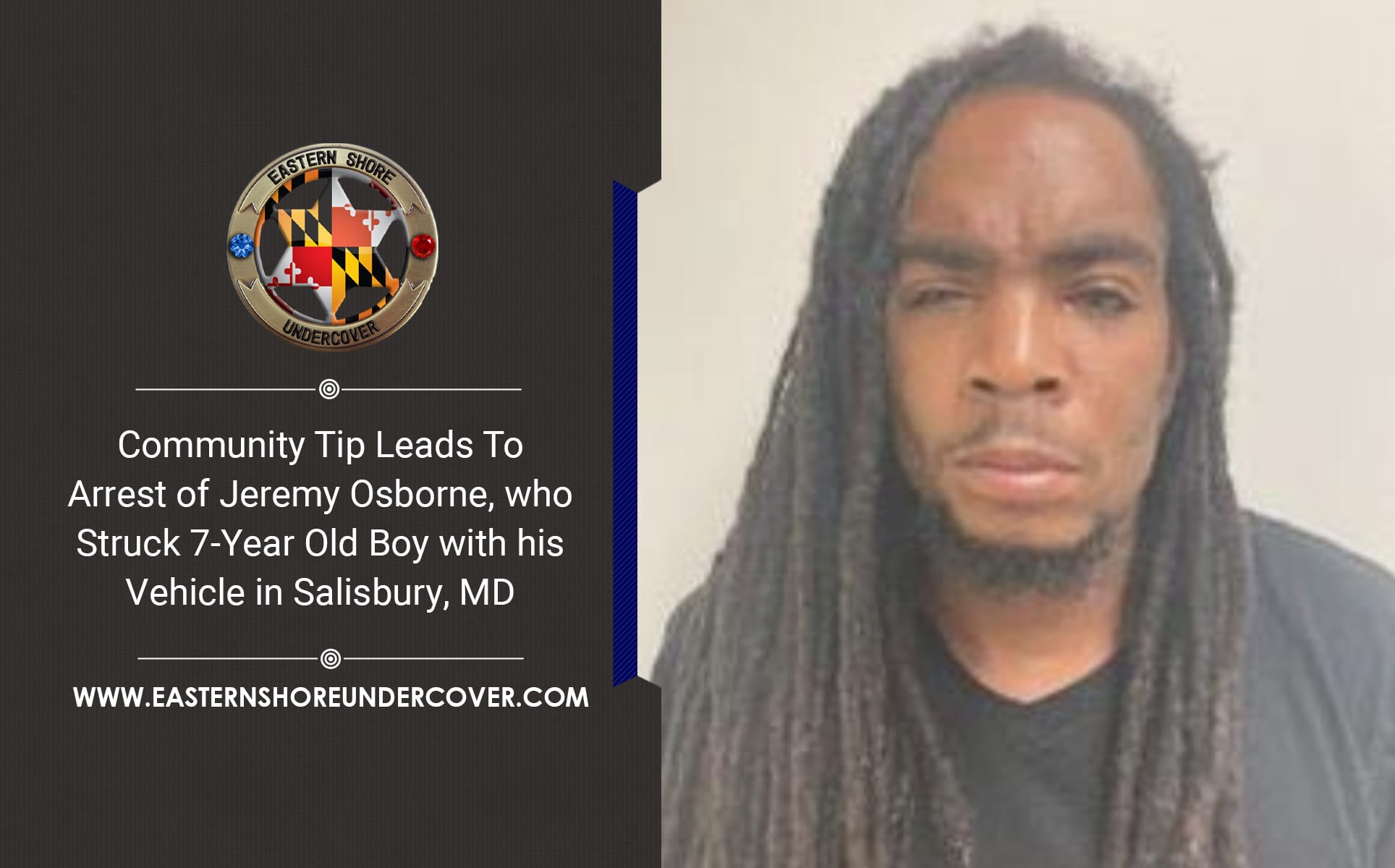 The Salisbury City Police have arrested suspect, Jeremy Osborne, on Thursday evening after investigation into an allegation that he left the scene of a motor vehicle accident wherein a seven-year-old child was struck.

On June 30, 2021, at approximately 6:06 PM, officers from the Salisbury Police Department responded to the 1100 block of E. Main Street in reference to a hit-and-run motor vehicle accident. Upon the officers’ arrival, they observed a seven-year-old male child being held by a person who allegedly witnessed the incident. The child had visible injuries to his head, face, and leg.

The investigation revealed that a gold in color, early model Honda Accord was traveling westbound on E. Church Street just west of the intersection of E. Main Street and E. Church Street.

Witnesses described the operator of this vehicle as a thin male with black hair. The victim was attempting to cross the street and the Honda Accord allegedly struck the child in the roadway. The operator of the gold Honda Accord ultimately fled the scene without stopping to render assistance to the victim.

The victim was transported to Tidal Health at Peninsula Regional and shortly thereafter to Shock Trauma in Baltimore. The victim’s condition is considered stable at this time.

The Salisbury Police Department released information to the community for assistance in this investigation. Due to an overwhelming response from community members, detectives and officers were able to identify the driver as 35-year-old Jeremy Osborne Sr.

Salisbury Police personnel were able to make contact with Mr. Osborne who responded to the Salisbury Police Department on July 1, 2021 at approximately 9:30 PM in the evening. Shortly thereafter, Mr. Osborne was placed under arrest and released to the Wicomico County Detention Center where he had an initial appearance before a District Court Commissioner.

The Salisbury Police Department would like to thank the members of the community who were of great assistance in this investigation and aided in an expeditious resolution.

Eastern Shore Undercover Coverage Areas and What We Post